You just came home from the office and want to watch your favorite TV show. Plugged in your power cord and turned on the TV. You have just started enjoying the show and suddenly, your TV turns off. You Turned ON the TV again and it turns OFF again. Now you have started worrying and speculating if something went wrong inside the TV. If you have the same problem then you are at the right place.

We will discuss how to sort out this problem. It can be very annoying because you do not afford to miss your favorite shows. You need to try some fixes which can solve the problem. Some of them are mentioned below.

Your Sharp TV can turn OFF immediately because something inside of it might have been overheated. Overheating can cause many problems for your TV. To save the important components of the TV, it turns itself OFF.

The problem of overheating is occurred because of the fan. Something might have blocked the passage of the fan due to which its air does not reach the essential components so the system does not get cooled down. Hence, it gets overheated.

Dust might have covered the air vents. Open the back of the TV and clean it if you see any dust particles blocking the way of the air. After cleaning, turn the TV back on. 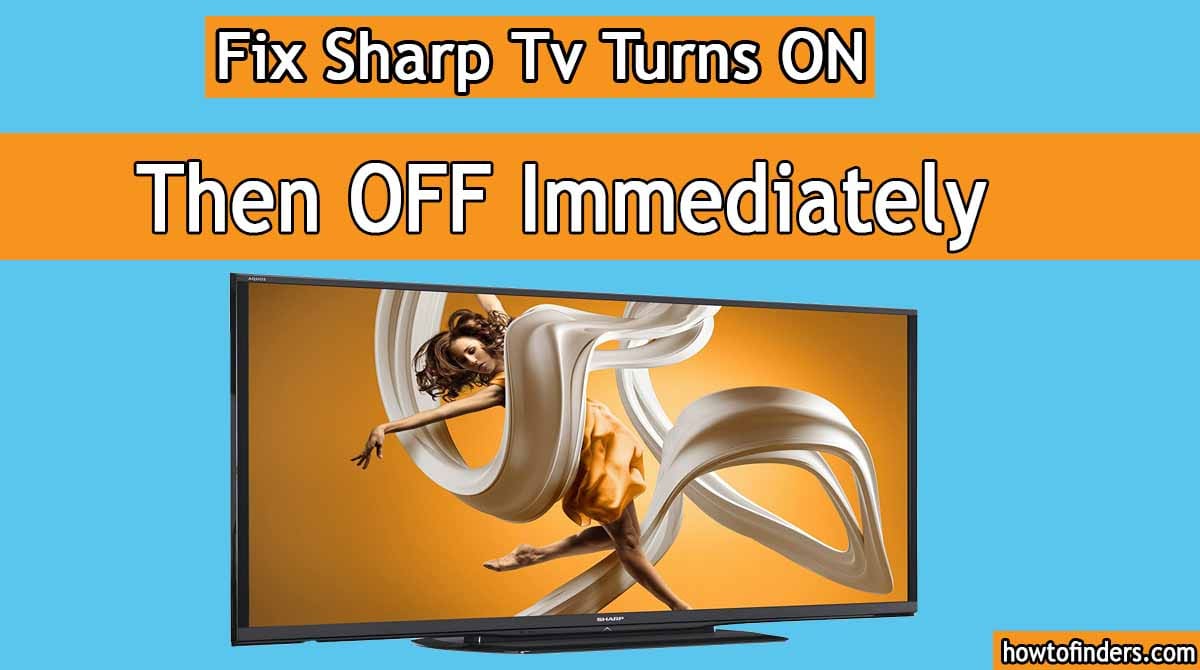 Power button stuck inside the Remote

Due ensure the TV working fine, pull the power button out from inside the remote with some sharp object.

For ensuring the proper functioning of the TV, get your power cord checked by an expert and get it changed if necessary.

The Circuit Card problem might have occurred in which it may become overheated. Sharp TV requires more power for its functioning as compared to other ordinary TVs and due to power disturbances sometimes, the Circuit card sometimes causes failure of the system due to which the TV turns off.

You can try a trick to check if really this is the case. Immediately after the TV is turned on, go to the menu and lower the video settings i.e. Contrast, sharpness, and colors. If they are at 100, change them to 80.

If your TV does not turn off again, then probably the problem is associated with the Circuit card. Try to get it fixed by an expert or try it yourself if you have prior knowledge of working on repairing the items. Otherwise, you might damage it.

If you still face the same problem then contact Sharp Support

Most probably, the problem of the Sharp TV turning off immediately after turning it on can be the slightest problem, either in the software or in the hardware. Trying all the above-mentioned possible fixes, the problem can easily be solved.

If you got your TV turned on perfectly without any problem, let me know in the comments section.