Your country is playing one of the most important matches in history and you can’t wait to see the vital competition. You want to cheer for your country.

When you turn your TCL TV on, it suddenly blinks and turns off. It seems that the Backlight of your TCL TV has stopped working.

Backlight is the most important aspect of an LED because it is responsible for turning it on.

Every LED manufacturer uses the most advanced technology for its LED but sometimes it gets damaged. We will understand why it gets damaged and how to fix it?

Why does the backlight gets damaged?

Important reasons why the backlight gets damaged are mentioned below:

Water might surge in the LED screen and reach under the panel to the LED strips which get damaged by it. We use water for cleaning our LEDs but we sometimes end up damaging our LEDs.

Make sure you clean your LED with a volatile fluid like alcohol to clean the LED. 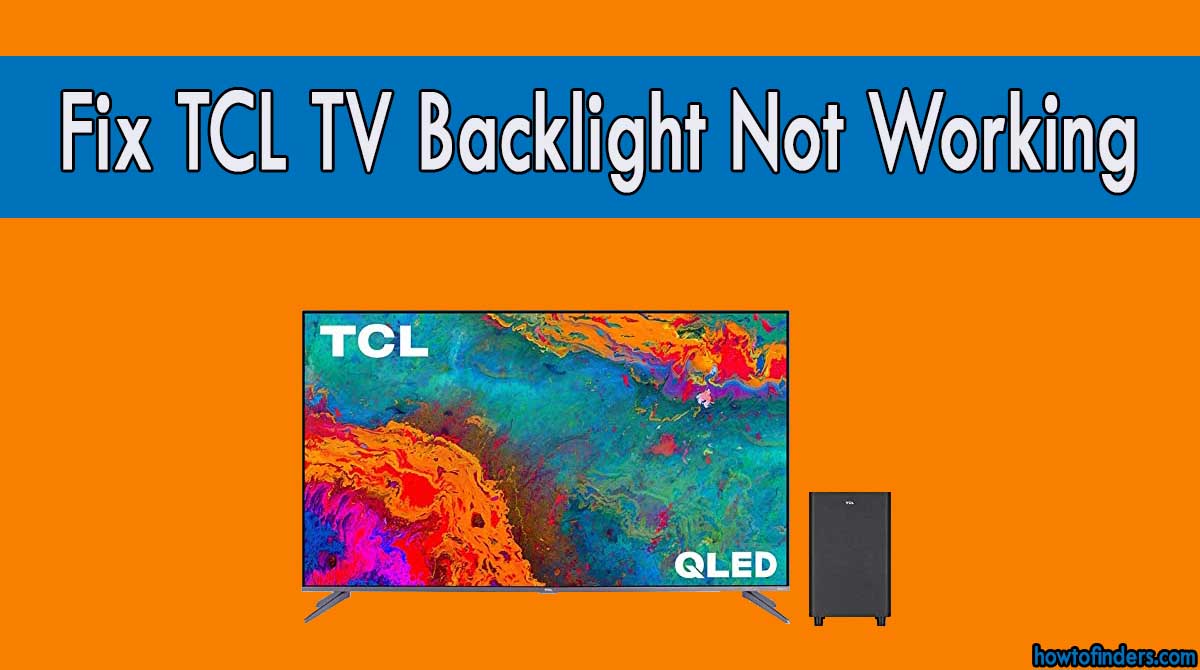 Power surges sometimes are also incumbent for the damage of the backlight. An abnormal power supply can also damage the entire panel of your TV. Make sure you connect your TV with a source having a constant power supply.

Other reasons include using LEDs for a long time without turning them off, Failure of the LED Driving Circuit. Another possible reason might be that your LED could have gone through prior board maintenance.

Due to this reason, they can also show abnormal behavior and the backlight can get damaged.

Check if the backlight is normal or damaged

There are two possibilities:

But in our case, it seems that the voltage will fluctuate and it will make a surge and suddenly return to 0.

Check the rods of LED

There are two rods inside the LED. After you have successfully opened the back of the LED, place the LED tester on both of the poles. After you have done so, see the voltages on it. If it has voltages, then probably one of the two poles may be working.

It may be good for you because at least one of the rods is working for you. You do not have to change the entire system.

There is a possibility that due to the damage of the LED strip, your backlight could have probably been damaged and started malfunctioning.

In order for proper functioning, all of the four strips on both sides must work fine. Even if one of them is damaged, you will need to change all of them. After making sure that your LED strip has been damaged, get it changed as soon as possible.

How to change the LED strip?

Carefully remove all the coverings of the LED from the front. After opening the coverings, at the back of the panel sheet, you will find the strips of the TV.

The strips will be four on two sides. Try to turn them on and you will probably see one of them or more than one will not be functioning due to which you are unable to view the screen of the TV.

After knowing the exact issue of the backlight which is possibly the LED strips, change them. Make sure you change all of the strips because it is not easy to open the LED again and again. Once all the strips will be changed, you will be easily able to use them for a longer time.

After changing the LED strips, your LED will probably be working fine without any problem. You can again watch your favorite matches on the TV.

It may cause the same problem again but after some time because when the mainboard is once repaired, it may show issues so get your LED changed as soon as possible.

You will finally now be able to fix your problem of the TCL TV Backlight Not Working. The backlight problem can be a very teasing problem because it needs quite an expert to solve it.

Did you get your issue resolved? If not then it’s time to change your LED. Get your LED changed before its shuts down completely if it is too old.

If you got something out of this article? Do let me know in the comments section.